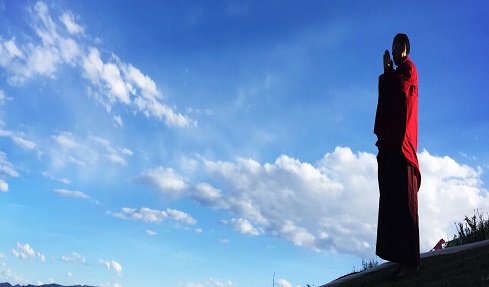 In Tibet, there are many unknown practitioners of the Great Perfection who never have the title of “living Buddha” or “Dharma King.” This particular person is just one of them. Nobody knew who he was except people in his neighborhood. I have lived in Serthar for more than 30 years and I had never heard of him.

He passed away on December 11th, 2015. From the medical and legal standpoint, he was confirmed dead, but actually he remained in a state of deep samadhi.

As there are no disturbances from the six consciousnesses, the state of samadhi achieved after death is especially pure and powerful. The power of this samadhi will enable the body to shrink gradually, and even to disappear completely. Historically, this phenomenon shrinking gradually and nearly transforming into rainbow body is not unusual among Dzogchen practitioners. To us, what this practitioner manifested is nothing out of the ordinary.

Some people denounce the rainbow body as being fake, claiming that the limbs are cut off, fluids squeezed out, the body pressed and wrapped tightly to about one elbow length, and so on. If you saw this personally or had evidence, the phenomenon of a shrunken body must be fake; but to say that all such cases are made up is absolutely ridiculous! It only suggests how ignorant these people are of the theory of body shrinkage, the unique and inexplicable practice of Vajrayana and the tradition of how disciples treat the body of their master.

I have made an effort to understand exactly what happened, and I can say with full confidence that the disciples of this practitioner are all very down to earth and devoted; there is no way they would cut the master’s body like a piece of meat just to fool people. 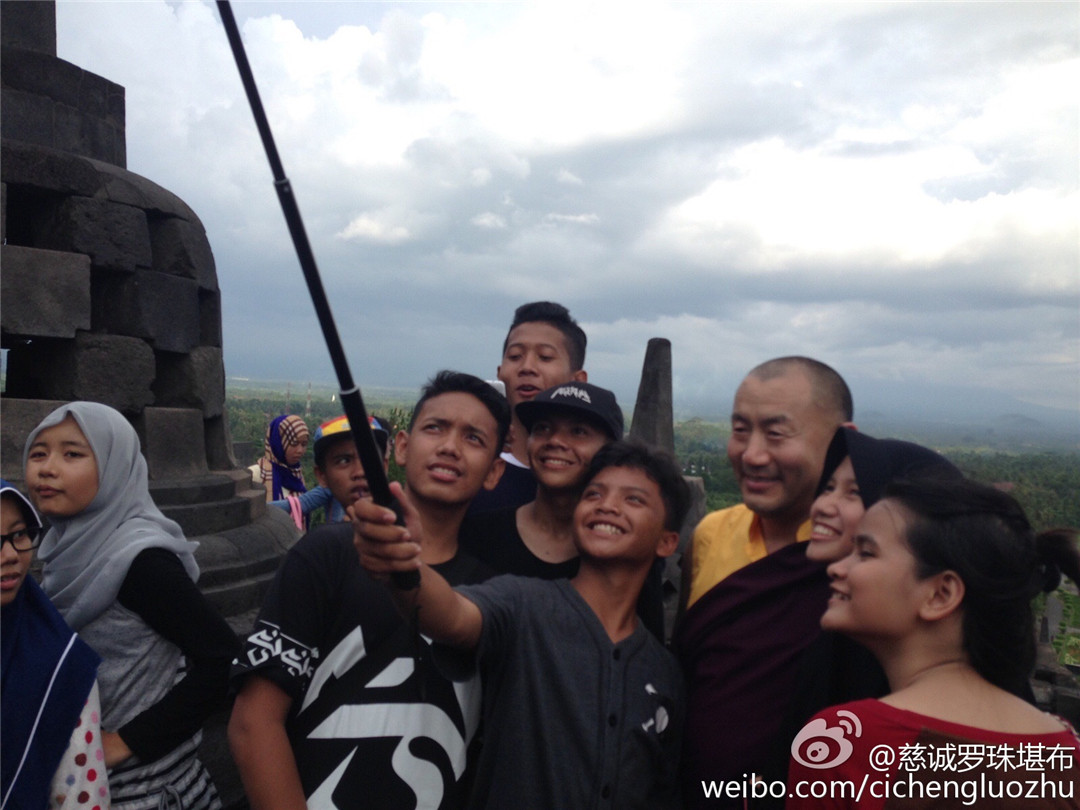 Different race, different belief, but same smile! I must learn to love all beings.

Here, one sees, hears, smells and feels the ocean, but one cannot find the existence of mind. Mind dissolves into this pure blue space, into infinite freedom and peace… This perhaps is where we ultimately abide. 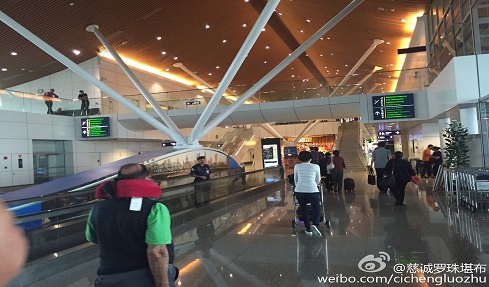 Another new year, another day in transit! Hopefully, some joy and goodwill were felt by everyone I met. 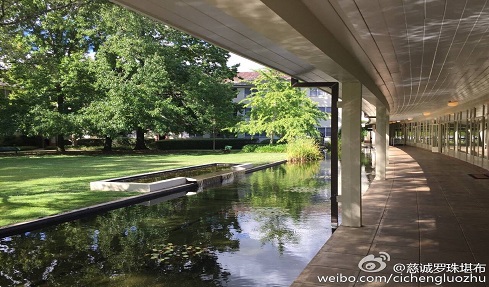 This is the campus of the Australian National University. It’s a joy to study in such an environment. But whether it’s a joy or not depends on how the students here feel about it. In this regard, having a healthy mind is hugely important. Do pay more attention to your mental health. 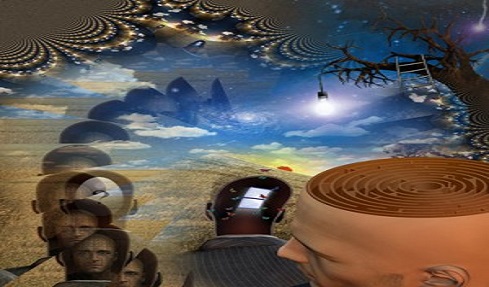 Second time to the Harvard University, a dialogue on brain and meditation took place between me and some neuroscientists. In my speech, I expressed my view on the findings of neuroscience from a Buddhist point of view. Scientists discover that mind can reshape the brain. Although this is very close to the Buddhist view, the current findings in science are analogous to seeing the water moves when a fish swimming near the surface of the water, but not the fish itself, that is, only seeing some traces of the movement of consciousness. 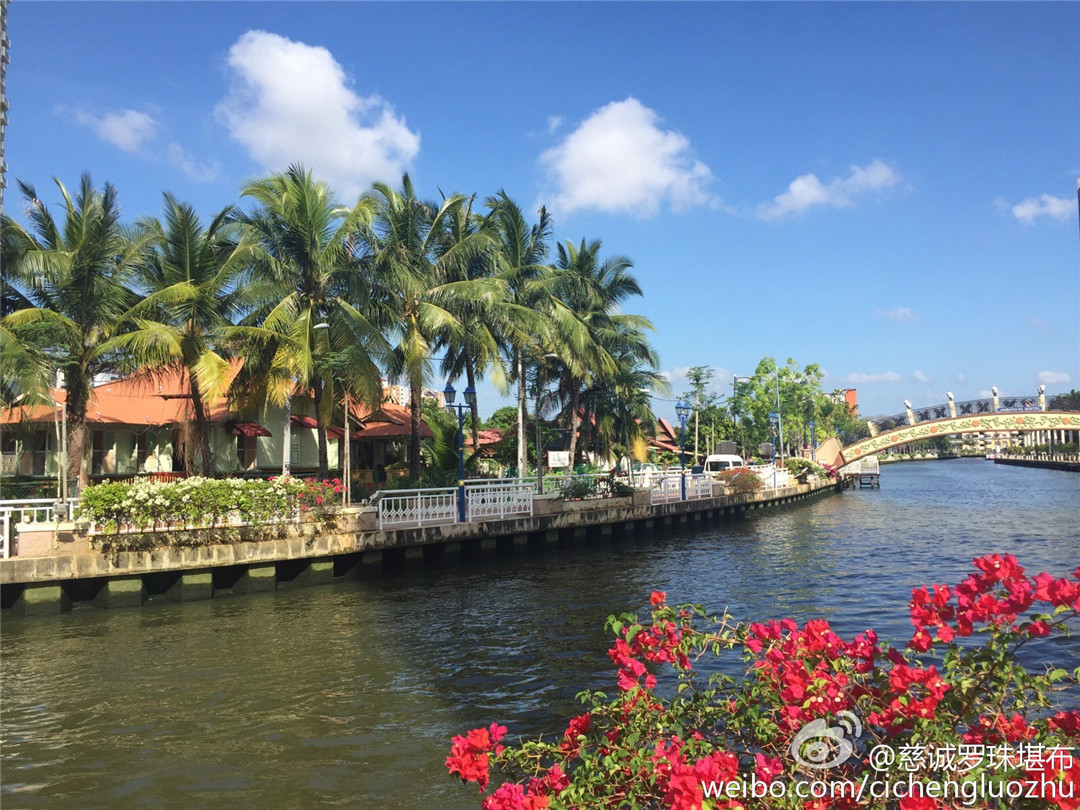 I came here with my master twenty years ago, now I am here on my own. And what will it be twenty years from now? 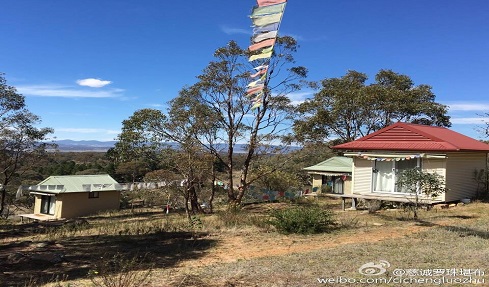 This is a Tibetan Buddhist retreat center in Australia – very quiet and with an open view, a great place for mind training. In the neighborhood, there is a wild kangaroo family. How wonderful that people and animals share the same space peacefully and happily! 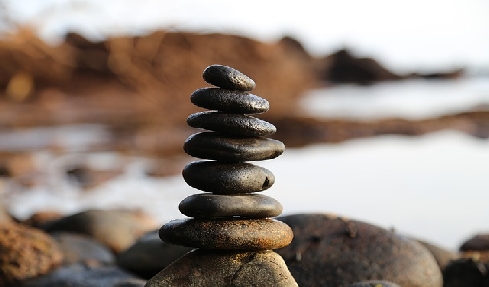 A neuroscientist and I discussed the relation between the brain and consciousness. His view is that, based on the current research, the brain alone cannot explain the nature of consciousness for two reasons: first, so far the brain has proven too complex to understand it fully, and second, it has been found that in reality there are some mental phenomena that cannot have been produced by the brain.