One may question, “Many accomplished masters have attained extraordinary realization. Why do they still encounter obstacles or become ill?”

There are two possibilities. One of them can be explained by way of the Twelve Nidanas. Accomplished practitioners may have eradicated all defilements in this life, but they were once ordinary beings in the past. Even Shakyamuni Buddha was an ordinary being before attaining Buddhahood, not to mention the lesser known practitioners. As an ordinary being, one cannot but commit karma and karma is infallible. Consequently, even accomplished masters must still go through suffering in this life due to some distant causes not yet resolved. Nonetheless, this will be the last time they have to experience suffering again in their cyclic existence sinceprimordial time.

We all know the story of Nagarjuna. The prince of King Lexin went to him demanding his head. Nagarjuna said, “You cut it off yourself.” The prince, no matter how expertly he used his sword, could not cut the head off; it was almost like cutting through air. Nagarjuna then said, “I purified all the heterogeneous effects resulting from cutting others with weapons five hundred lifetimes ago, except the one of killing insects while cutting kusha grass. So, you may use kusha grass to cut off my head.” The prince then cut his head off with one kusha grass. This story tells us that even someone as accomplished as Nagarjuna cannot avoid any karmic effect when it ripens. Therefore, it is a possibility that some of these respectable practitioners still have residual karmic effects left to be resolved.

Another possibility can be inferred from the following example. Having attained Buddhahood, Shakyamuni Buddha was forever free from the influence of causality. However, he manifested illness to show sentient beings the infallibility of karma. For instance, the evil king of Sravasti attacked the hometown of the Buddha and killed seventy-seven thousand of the Shakya clan. The streets were all blood red because the king had ordered that only when all the streets were covered with blood could the killing stop. Finally, to satisfy the king, his people had to mix red dye with water and poured on the streets to make it look like blood was running everywhere. At that point, the Buddha started getting a headache. The reason is that in his past life, the Buddha and the slaughtered clansmen had done something bad together. The Buddha himself also said, “Because of that negative karma, I have to endure a headache even though I have attained supreme enlightenment. If it were not for the perfect merit I have thus gathered, I too would have been killed today.” The fact is that the negative effect could never have happened to the Buddha. He manifested a headache only to help beings believe the truth of causality.

~ Depicted from THE RIGHT VIEW : The Twelve Nidanas—the sequence of cyclic existence 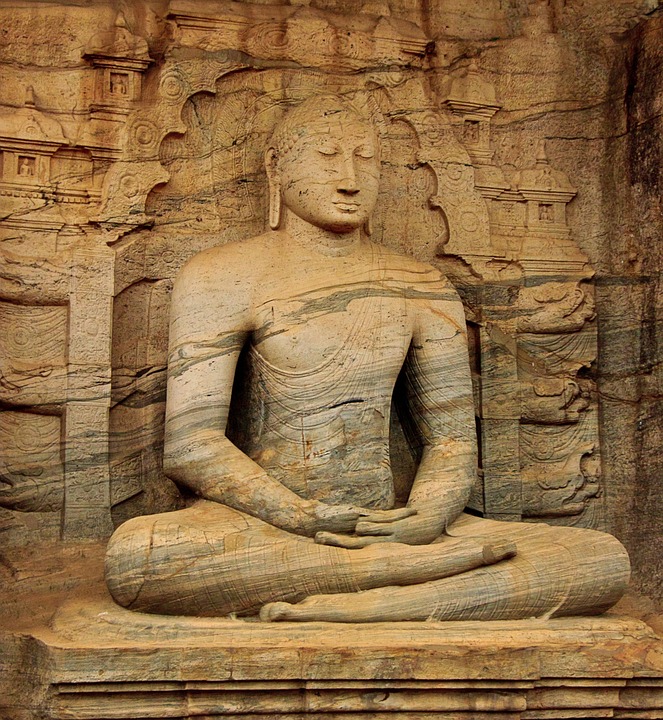